The New American Cursive® (NAC) alphabet retains the classic style of yesteryear but has been simplified for three main reasons: legibility, ease of use, and speed. Unnecessary initial strokes and extra loops have been eliminated to meet the needs of today’s students for a beautiful, fast, legible script.

NAC has a gentle right slant that is easy for both left and right-handers. A rigid, vertical style is more difficult to write and tires the hand.

The NAC style flows across the page with forward movement instead of students needing to retrace the down strokes in letters such as m, n, and h.

The Penmanship Council has examined and endorsed the NAC alphabet for its ease of use and legibility, and they recommend it for beginning writers starting in the first grade.

Founded and developed by handwriting specialist Iris Hatfield, with over 35 years of experience, NAC recognizes that everyone’s handwriting is unique. Each cursive workbook is written to assist students at different levels, starting at the first grade, in not just learning the rules, but realizing and expressing their own unique and articulate cursive handwriting style. The workbooks are top-bound, making them equally accessible for left-handed or right-handed writers, and include instructions on posture for either approach.

The innovative methodology of the New American Cursive curriculum is accompanied and reinforced by time-tested values. With inspiring historical quotes and–also versions available with passages of scripture, students are encouraged to cultivate a world-view as strong as their writing abilities.

Every aspect of the New American Cursive Penmanship Program, from the workbooks to the supplementary StartWrite/NAC software, is conscientiously designed to make an enjoyable and enriching experience for students and teachers while making all the connections between a valid handwriting style and a viable cursive. 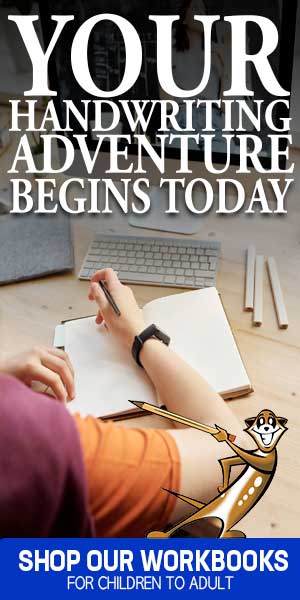 The creator of New American Cursive, Iris Hatfield, is interviewed for this article: ... See MoreSee Less

Close to Home: Intelligence and the lost art of cursive writing

SNEAK PEEK! New American Cursive is a sponsor for this contest that kicks off tomorrow, check out the details ... See MoreSee Less
View on Facebook
· Share