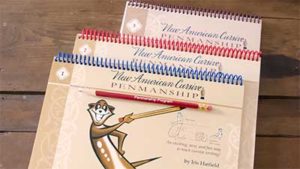 We get a lot of questions regarding cursive handwriting, so we just thought we would take the opportunity to address the most frequently asked questions.  Do you have a question that we have not answered?  Please reach out to us via our contact-us page and we’ll do our best to help you.

Can I become a Certified Cursive Coach?

Learn how to teach cursive. Included are training video, workbook, study materials and certificate after completion $127. Call 502-253-1954 or

A well-rounded, educated child should learn how to both write in cursive and use computers. It is hard for children to read cursive if they do not know how it is written. Is there anyone who doesn’t appreciate distinctive, legible handwriting?

How do I Choose a Cursive Handwriting Program?

Step 1. Look at the end result.

Cursive handwriting stimulates the brain in ways that typing cannot. It improves the dynamic interplay of the left and right cerebral hemispheres, helps build neural pathways, and increases mental effectiveness. According to Virginia Berninger, a researcher and professor of educational psychology at the University of Washington, “Pictures of brain activity have illustrated that sequential finger movements used in handwriting activated massive regions of the brain involved in thinking, language, and working memory. Handwriting differs from typing because it requires executing sequential finger strokes to form a letter, whereas keyboarding only involves touching a key.”

When an individual cannot read cursive, they are cursively illiterate in their own language. The ability to read cursive is required in many jobs.

The connectivity of a simple cursive style is faster to write than the stop and start strokes of printing.  Speed has been shown to increase attention span during writing. This increases continuity and fluidity in writing, which in turn encourages greater amounts of writing.

“Cursive handwriting naturally develops sensory skills.  Through repetition the child begins to understand how much force needs to be applied to the pencil and paper, the positioning of the pencil to paper at the correct angle, and motor planning to form each letter in fluid motion from left to right. This physical and spatial awareness allows them to write, but more importantly, builds the neural foundation of sensory skills needed for a myriad of everyday tasks such as buttoning, fastening, tying shoes, picking up objects, copying words from blackboards, and most importantly, reading.”  Cutting Cursive, The Real Cost.  Candace Meyer, CEO, Minds-in-Motion, Inc.

The act of taking notes by hand instead of a computer encourages a student to process the content and reframe it, which leads to better understanding and retention.  Studies indicate that college students remembered information better one week later when they transcribed a paragraph in cursive, compared to printing it or using a keyboard.

Printing is more difficult due to the frequent stop and start motion when forming letters.   In addition, some printed letters look similar and are easily reversed, like the ‘b’ and  ‘d’, which is often confusing to children. Cursive is of particular value to children with learning challenges like Dyslexia and A.D.D.

When printing, some children write so erratically that it is difficult to determine where one word ends and another begins. Cursive, on the other hand, requires children to write from left to right so that the letters will join in proper sequence; therefore, it is easier to read.  It also aids with spelling through the connectivity of the letters. This helps the child to see words as a whole instead of seeing separate letters (as in printing).  Additionally, the hand acquires knowledge of spelling patterns through movements that are used repeatedly in spelling. This is the same phenomenon that occurs when pianists or typists learn patterns of hand movements through continued repetition.

Cursive handwriting is complex, and is inherently associated with the development of fine motor skills and hand-eye coordination.  Learning cursive prompts children to also develop self-discipline, which is a useful skill in all areas of life.

Cursive handwriting can improve the attractiveness, legibility, and fluidity of one’s signature.

The ability to master the skill to write clearly and fluidly improves the student’s confidence to communicate freely with the written word.  Handwriting is a vital life-skill.  Before the 1930’s all American children were taught cursive in the first grade.

Scope & Sequence of Learning
Introduction:  Handwriting trains the brain.  Penmanship is important because it is a reflection of you.  It goes with you the rest of your life.  You have the power to make it legible and beautiful.

Why Cursive:  The discipline of learning to write a legible script is as much

an opportunity for character training as it is an exercise in handwriting.  The physical act of writing requires focus, discipline, patience, attention to detail and accuracy – priceless skills for the young child at the beginning of his academic career.  Students who struggle with poor penmanship frequently write minimal answers on tests.  They are often not getting scored for what they actually know.  Cursive improves neural connections in the brain and is faster and easier to learn than printing.

When:  Starting cursive in the first grade teaches the beginning student basic skills of concentration, accuracy, correct spelling and the patience and persistence required to do quality work.

How: 15 minutes a day in the New American Cursive Workbook (NAC) establishes the basis for good penmanship.  A Teaching Guide is included in each book.

Kindergarten:  Correct pencil, paper and posture position are essential instructions to set the student on the right course.  Learn how to recognize and form each printed letter.  Introduce cursive by teaching students how to write their name in cursive. Startwrite/NAC software (Windows only) can be used to make individual worksheets.

First Grade: NAC Workbook One is a complete introduction to cursive.  Instructions and exercises on how to form each cursive letter. Start integrating cursive with other subjects as soon as the student knows the alphabet.

Second Grade:  NAC Workbook Two is focused on developing legibility and speed.  Spacing, size and connections are emphasized.  Practical applications of good penmanship are illustrated.  All work is written in cursive. Now in Scripture or Standard versions.

If you teach cursive first, you can always develop a good print style later. But if you teach printing first, many students never develop good cursive and often go back to printing. Children learn print from reading so it is not essential to have them perfect printing.

Research indicates that waiting to change from printing to cursive until the third grade slows students down to a first grade speed level for at least a year. Learning cursive early frees up instruction time in the third grade. Most young students are eager to learn cursive and see it as a rite of passage. The three main reasons to start cursive training as early as the first grade are:

1. Start early – a child does not have to perfect printing before learning cursive.  We suggest starting in the first grade. Cursive is easier to learn than printing.

2. Use a simplified cursive alphabet, it is faster than printing.  The New American Cursive Alphabet has 26 fewer strokes than the current three most used cursive styles.  It was designed with beginners in mind.

3. Use a multi-sensory method of teaching letters.  Emphasize the showing rather than the telling.

4. Repeat, repeat, repeat. Have students trace and then write letters repeatedly so they are accurately forming letters and words until they become automatic.

5. Use art to develop fine motor skills.  Elementary language arts are strengthened with drawing instruction and it is a fun way to supplement the curriculum.

7. Use light classical music during handwriting practice to relax students and improve fluidity and a sense of rhythm.

9. Evaluate their accuracy by utilizing the Handwriting Evaluation Checklist.

10. Allow children to draw large letters and then add the starting dots and the arrows that show how the letter is made.

11. Have students circle their best letter or word on their practice sheets.  It helps train their eyes as well as their hand.

12. Be enthusiastic. The teacher’s enthusiasm is critical to develop this valuable life-long skill.

14.  Allow flexibility in handwriting style so child’s personality can emerge.

15.  Make it fun; writing should be pleasurable to children.

We suggest that children practice handwriting regularly until the age of twelve.

So much attention is given to those who write with their right hand, and yet, there are so many left-handers in the world! Here are some helpful tips for left-handers when it comes to writing in cursive.

A more complete list is included in the Teach Yourself Cursive workbook.

When is National Handwriting Day?

Beginning in 1977, in an effort to help improve the clarity of the nation’s penmanship, National Handwriting Day was established. This day was designated to honor John Hancock’s birthday. His large, legible and bold signature on the Declaration of Independence was not only written so that King George could plainly see it, but also that the world would take notice. His signature is so distinctive that to this day we are apt to say, “Put your John Hancock here” meaning, “Sign this.”

Throughout history handwritten documents have sparked love affairs, started wars, established peace, freed slaves, created movements and declared independence. According to The Writing Instrument Manufacturers Association, the purpose of National Handwriting Day is to alert the public to the importance of handwriting.

Ideas on How to Celebrate National Handwriting Day:

See how other people have celebrated National Handwriting Day:

Continue reading about the history of National Handwriting Day:

How do you monitor handwriting progress

Why Cursive Handwriting is Good for Your Brain

As education passes over penmanship for a more rigorous content in school, many children continue to struggle in learning. Read about research that is being completed to bolster the need to continue handwriting for all ages.

The Benefits of Teaching Cursive First

Bring Back Handwriting: It’s Good for your Brain

People are losing the brain benefits of writing by hand as the practice becomes less common.  Markham Heid cites numerous studies to make his point in this excellent 4 minute read.

Many students are beginning to take notes on their computers in college, and even in some high schools. Read about the advantages of taking notes by hand verses on the computer. http://outofthejungle.blogspot.com/2014/05/handwriting-improves-memory-retention.html

Printing, cursive, keyboarding: What’s the difference when it comes to learning?

As many states allow cursive to fall into the background, Indiana strives to keep it alive. Read about why IU neuroscientist Karin Harman James pushed to keep cursive writing in the curriculum. http://newsinfo.iu.edu/news-archive/20977.html

There are many benefits to learning cursive such as hand-eye coordination, engaging both cerebral hemispheres, self-discipline, as well as emotional benefits of mastering the task. https://www.psychologytoday.com/blog/memory-medic/201308/biological-and-psychology-benefits-learning-cursive

This research discovers a possible link between learning disabilities, such as dyslexia may cause phonemic problems. This paper looks at the relationship between the written letters and the pencil position. http://file.scirp.org/pdf/PSYCH_2015021216594835.pdf

This research stresses the importance of how the student holds the pencil when writing the letters. An incorrect hold can give a mixed signal to the brain making it challenging for the writer to duplicate the correct shape of the letter. Correcting the pencil grip could help correct the letter shapes. http://file.scirp.org/pdf/CE_2015091615163758.pdf

The truth about cursive handwriting: Why it matters in a digital age

Teaching of cursive writing in the first year of primary school: Effect on reading and writing skills.

This well designed study researches the benefits of teaching cursive starting in the first grade, as compared to a control group of printers. They concluded that cursive was easier to learn, and improved reading, spelling, speed, and memory.